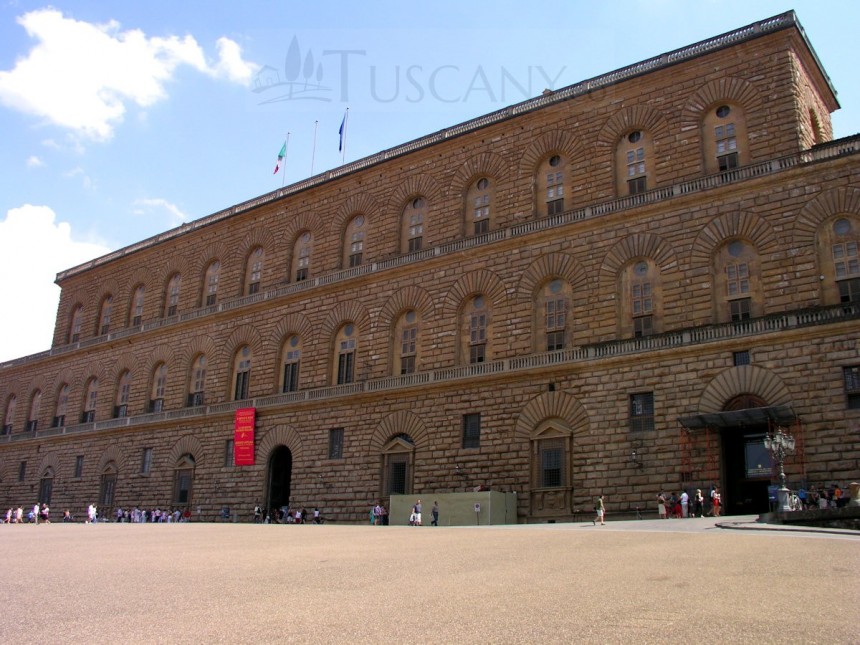 By its origin, Palazzo Pitti was commissioned in 1458 to the architect Luca Fancelli by the rich florentine banker Luca Pitti (1398-1472), a supporter and friend of Cosimo de Medici, well known as Cosimo il Vecchio (Cosimo the Elder).
Palazzo Pitti was purchased and renovated a century later, in 1550, by Eleonora, wife of Cosimo I de’Medici, but it wasn’t the official home of the Medici family until many decades later. The original Palazzo Pitti looked nothing like the stately palace visitors see today as Eleonora and Cosimo considered themselves interior designers and undertook some major renovations.

Eleonora hired Bartolomeo Ammannati, a talented Florentine architect, to enlarge the interior and add side wings. While Cosimo commissioned Giogio Vasari to build the passageway, which he named the “Vasari Corridor”, to connect Palazzo Vecchio on the north side of the river and Palazzo Pitti on the south side. This was no mean feat since the corridor had to go over the top of Ponte Vecchio, but Vasari completed the task within just five months.

However, even with all the renovations, the palace wasn’t used as an official residence but for guest lodgings and holding court functions.

It wasn’t until Cosimo I’s fifth son Ferdinando I was in power that the Medici family moved in, and brought their art collection with them. Over the years the family’s collection grew and in 1834 Leopold Hapsburg Lorraine opened the west wing of the palace for public viewing of the sumptuous Medici apartments and paintings. 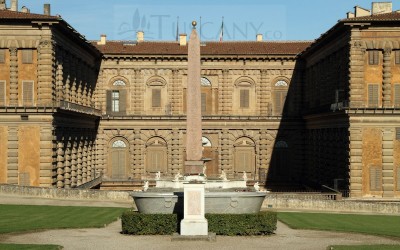 This was an important event which has led to Palazzo Pitti being today, along with the Uffizi Gallery, one of the biggest art galleries in Florence, containing the famous frescoes by Pietro da Cortona and a lot of artworks by Filippo Lippi, Andrea del Sarto, Tiziano (Titian), Raffaello (Raphael), Rubens, Perugino, Caravaggio and many others.

As well as the Medici collection in the Palatine Gallery on the first floor, the palace exhibits a number of other collections and you can combine your ticket with a visit to the Boboli Gardens realized by the Medici court artist Nicola Tribolo; this marvelous garden is the Medici’s formal Renaissance park that stretches for acres behind the palace.