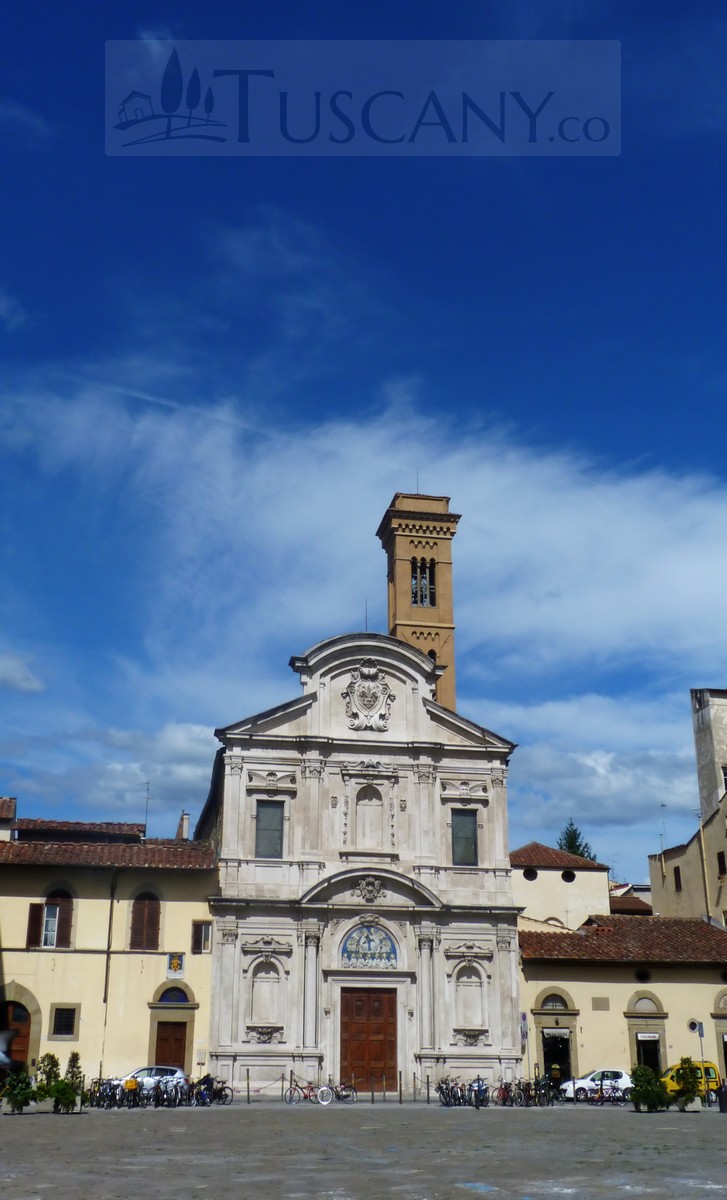 Chiesa di Ognissanti, also known as The All Saints Church, is a church which is situated in Florence, Italy. The church is a dedication to all the Saints, and was founded by the Umiliati order.

Initially the church was constructed between the early to the middle of the 13th century. But later on it was completely remodeled and reconstructed, in the baroque style of architecture. The designs of the remodeled church were made by Bartolomeo Pettirossi during the 17th century. The façade, with its impressive structure, was designed and built by Matteo Nigetti.

The façade covers the terracotta and the lunette which are the exemplary works of Della Robbia. Benedetto Buglioni is the artist who designed the doorway of this artistic church. This church is a long forgotten artistic treasure, which has a rich historical background. When you enter this church, you will be taken back to the medieval times, in which it was constructed.

The Church of Ognissanti is one of the first church’s which was built in the baroque style of architecture, in the city of Florence. The niches and windows of this church are enclosed in pilasters which consist of striking cornices. The interior and exterior of the church has been designed in an attractive manner, which mesmerizes all who lay their eyes on it. The campanile was constructed during the 13th and 14th centuries and is situated along the left side of the façade.

The church was home to many famous pieces of art which were collected by the Umiliati and preserved within this simple yet divine church. Works by celebrated artists was situated here, including the most famous Madonna and Child with angels (also known as “Maestà di Ognissanti”) by Giotto. The work has now been moved to the Uffizi. The artist originally painted it for the high altar. Giotto also designed the Crucifix which is located to the left of the transept.

In 1571, the Franciscan order gained control of the church, which marked the period, when many relics were brought, and stored in the church. One of the most famous and widely viewed relics is the robe of Saint Francis of Assisi.

The apse is designed in an ornate baroque style: its high altar was built with the pietre dure technique, a decorative art based on a stonework. The church consists of a vaulted ceiling, with frescoes of the 15th century which have been preserved in the nave.
Two frescoes which are remarkable in their design and structure are that of Saint Augustine and His Study and St Jerome and His Study, masterpieces by Sandro Botticelli and Domenico Ghirlandaio respectively. Buried deep within the church are quite Botticelli and his beloved Simonetta Vespucci.

The Vespucci Chapel is adorned with a fresco which depicts the Madonna della Misericordia, realized by Domenico Ghirlandaio. This fresco is particularly famous due to the rumor that it contains the portrait of Amerigo Vespucci, when he was a child. Instead, his fresco The Last Supper is located in the refectory.

The church is truly magnificent, both in the accuracy of its design, and the precision with which it has been constructed. An excellent example of extravagant architecture, the church is one of those stunning pieces of art which has been forgotten, with the passage of time.

When you are travelling around Tuscany, make sure to visit Chiesa di Ognissanti.