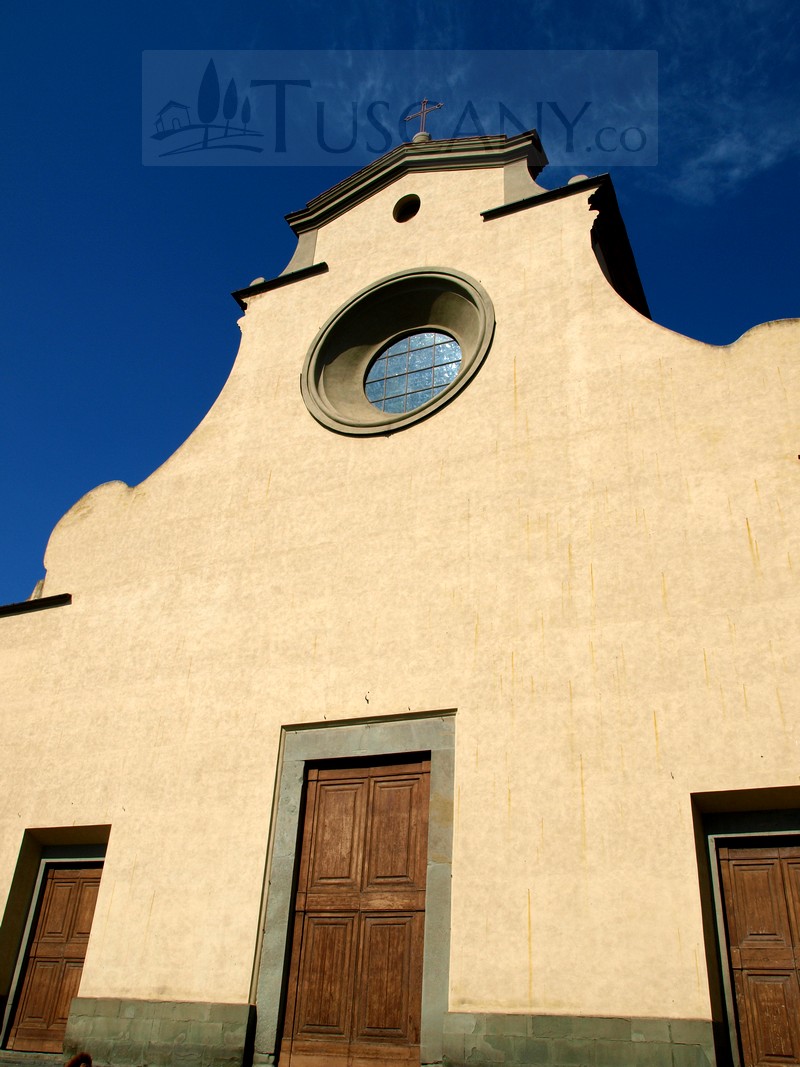 The Santo Spirito Church was built on the ruins of an Augustinian Priory in the 13th century, which was destroyed by a fire.  The church was founded in 1250 and was later rebuilt after the model of the San Lorenzo church, as a twin building, by Filippo Brunelleschi in the 15th century. The church was later completed by Antonio Manetti and Giovanni da Gaiole. Salvi d’Andrea was responsible for the building of the cupola.  The façade of the church sports a fine exterior with an indistinct silhouette at its top.

Brunelleschi designed the dome of the church whereas the soaring bell tower was made by Baccio d’Agnolo in 1503. The interior of the old church is one of the finest examples of Renaissance architecture. Though Brunelleschi’s façade was never completed, an octagonal sacristy was made by Giuliano da Sangallo and a columned vestibule, the Sacristy, was made by Simone del Pollaiolo (well known as “Il Cronaca”) to the left of the church building. Later a door was built in the chapel to ensure a connection to the Santo Spirito. Giovanbattista Caccini and Gherardo Silvani built the Baroque baldachin along with polychrome marbles in 1601, over the high altar. Till the 18th century the interior of the church remained undecorated with simple plastered walls. Salvi d’Andrea built he interior face of the church, and the Santo Spirito still presents the original Pentecost window, which was designed by Pietro Perugino. The exterior façade of the church was built in the period of 1977-1978. 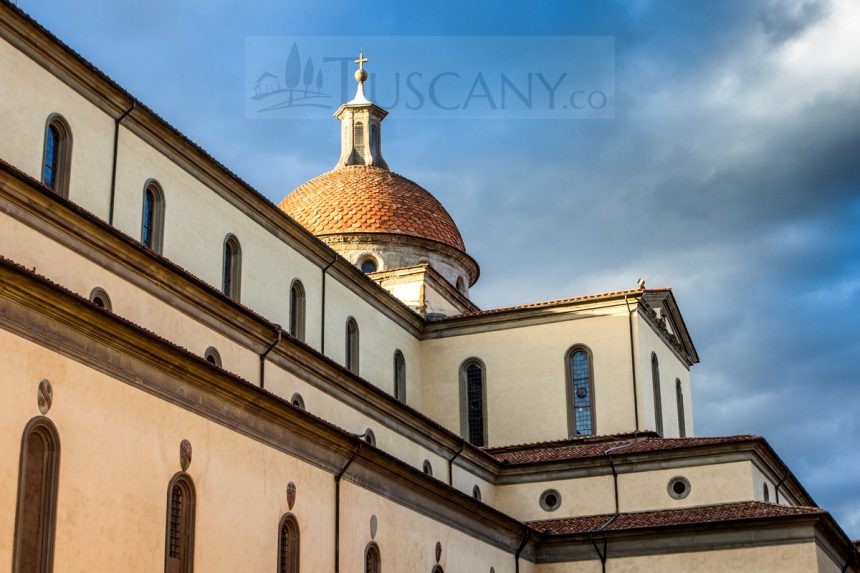 The Santo Spirito has 40 chapels in total with two given over to doors. The chapels have been built throughout the length of the church, with exquisite and intricate artwork on them. The Bini-Capponi chapel is one of the most important, as it houses the famous painting by Francesco Botticini, the “St. Monica Establishing the Rule of the Augustinian Nuns”. In the chapel of the transept there is the famous altarpiece “Pala Nerli” by Filippino Lippi. Further, Andrea Sansovino, Donnino, Agnolo del Mazziere and Cosimo Rosselli presented their finest works of art in the Corbinelli Chapels.

The transept chapels have frescoes designed and created by Filippino Lippi, and a choir from where the Frescobaldi Marquisses participate in different rites without being seen. The sixth chapel sports a beautiful painting by Alessandro Allori, which depicts the “St. Fiacre curing the Sick”. It is a devotional work of art which was commissioned by the wife of the Grand Duke Ferdinando l de Medici.

Michelangelo Buonarroti presented the church with a sculpted wooden crucifix, which was placed high over the altar at the time. Now, it has been placed in the octagonal sacristy which is reached from the west side aisle of the church.  The convent has two cloisters, which are the perfect specimens of the Late Gothic work of art. The Chiostro dei Morti (the Cloister of the Dead) and the Chiostro Grande (the Grand Cloister), were built in 1600 by Alfonso Parigi and Bartolomeo Ammannati. They are a sure sight for tourists and enthusiasts who desire to view the beautiful art pieces.

The convent also sports a large fresco depicting the “Crucifixion” and “the Last Supper”, made by Andrea Orcagna. A large collection of exquisite sculptures and two reliefs made by Donatello, are included in the portfolio of beautiful art pieces available to tourists and enthusiasts who wish to enjoy the masterpieces.

A high relief  of “Madonna with the Child” by Jacopo della Quercia, and a couple of beautiful marble sculptures by Tino di Camaino, present an eye opening attraction for individuals.

Your tour of Florence can never be complete without a visit to the Santo Spirito.