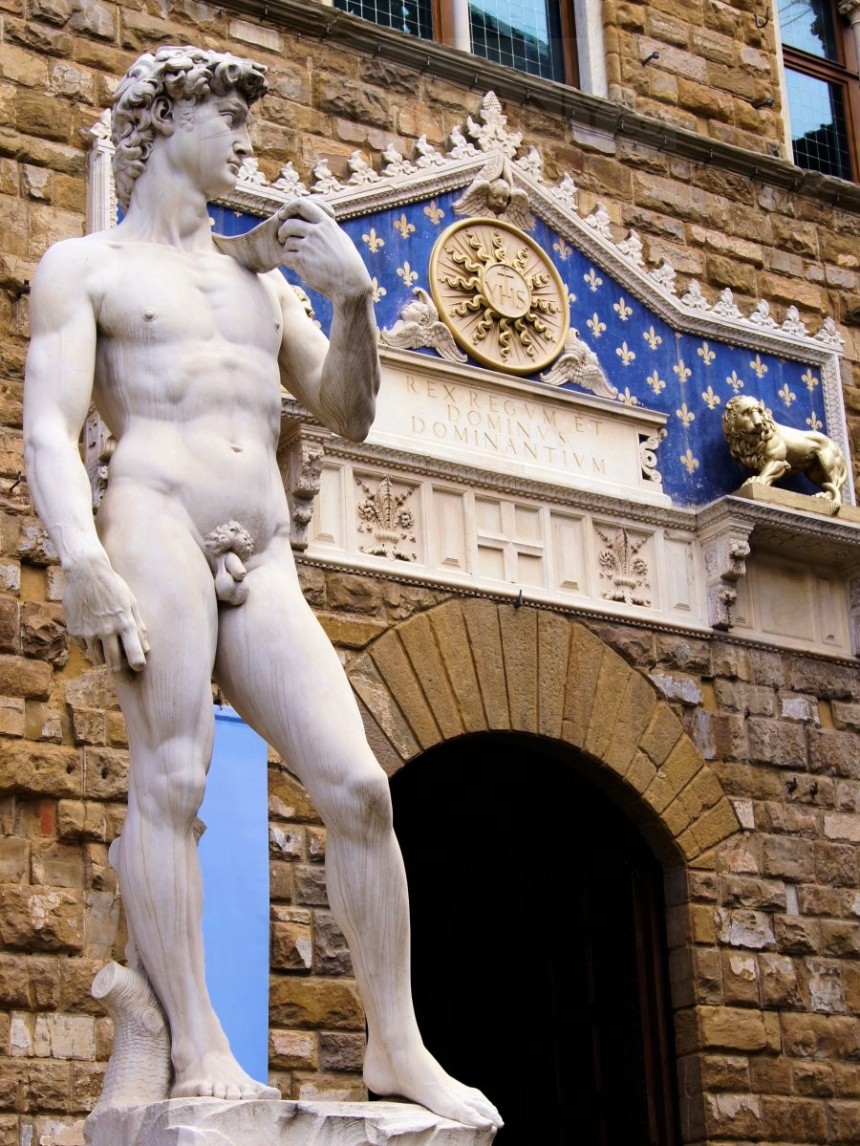 Michelangelo Buonarroti’s David has been hailed as a Renaissance masterpiece and the work of an artistic genius. The statue, sculpted from a leftover block of Carrara marble between 1501 and 1504 when Michelangelo was in his late twenties, towers at a height of 17 feet and represents the biblical hero David about to slay the giant Goliath.

It was originally commissioned as an Old Testament sculpture to sit on top of the Duomo (Santa Maria del Fiore) but David was destined for a greater purpose, he was to become the symbol of Florence. When Michelangelo finished the statue of David, so great was the care taken to bring it to its final destination, in front of Palazzo della Signoria (now Palazzo Vecchio), that it travelled the streets of Florence for four days in a wooden crate with greased beams.

On the 8th September 1504, when the statue was finally unveiled, people were awestruck by its sheer size and exquisite detail. From that moment on Michelangelo’s talent as a sculptor was unrivalled.

The Pope at the time, Giulio II, was so impressed that he summoned Michelangelo to Rome to paint the Sistine Chapel. At the time Florence was a city state susceptible to its more powerful enemies, so the statue quickly became a symbol of the Florentine Republic and of its people’s strength.

With his barely harnessed energy and his eyes glaring towards Rome, David stood outside the Palazzo Vecchio for around three hundred years. But in 1873 the statue was relocated to the Galleria dell’Accademia to be protected from the elements.
A specific room called the “Tribuna” – a sort of gallery – has been created expecially for him in the Accademia, and this is now where David can be admired and marvelled at.

A copy of the original statue was placed outside Palazzo Vecchio in 1910, and another bronze copy exists at the Piazzale Michelangelo in the Oltrarno district.