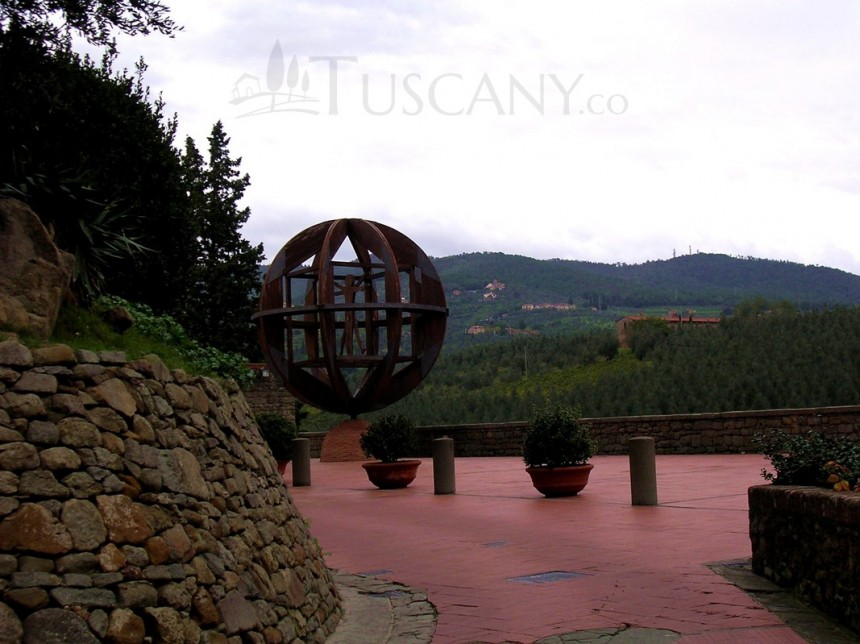 Vinci is a city in the province of Florence in the Tuscan region of Italy. Known as the birthplace of the artist Leonardo da Vinci, this town is surrounded by a landscape featuring hills and fields, occupied by olive groves and vineyards. The city of Vinci attracts a lot of tourists each year as fans of da Vinci come to visit his hometown.

Almost 3 kilometers from town, near the hills of Montalbano, lies the commune of Anchiano. Leonardo da Vinci was born here, on April 15, 1452, in a farmhouse in the village and his full name was Leonardo di ser Piero da Vinci, meaning Leonardo, son of Piero, of Vinci.

The birthplace of Leonardo da Vinci is now home to many of his drawings, which have been reproduced and displayed here. The da Vinci Museum, however, displays some of the original creations and inventions that had been drawn in da Vinci’s notebooks. Many of the tools and models designed by the great genius are featured within this museum and it is housed within the Castle of Vinci, also known as the Castle of the Conti Guidi (Guidi Counts).

The castle is located in the centre of the own and had once been called Castello della Nave (The Ship Castle) due to its unusual shape that made it seem like a big ship. It was constructed in the Middle Ages and is still home to some of its earlier pieces of art, such as, the ‘Madonna col bambino’ (Madonna with Child) by Giovanni Della Robbia.

In the year 1919, Count Giulio Masetti da Bagnano returned the property of the castle back to the town and the museum was eventually inaugurated in 1953. Since then, the castle hosts its own historical displays as well as the scientific masterpieces of da Vinci.

Another place to visit within Vinci is the Chiesa di Santa Croce (Church of the Holy Cross) that was built in the 13th century and rebuilt and renovated according to the neo-Renaissance style of architecture. Locals claim that this is the church where Leonardo da Vinci was baptized.

In the town central square, Piazza dei Guidi (Guidi Square); a wooden replica of Leonardo’s drawing of the Vitruvian Man can also be found and the construction of the square was completed by the artist Mimmo Paladino, for whom, Leonardo had been an inspiration. The bronze monument located in the Piazza della Libertà (Liberty Square) is called Leonardo’s Horse and also deserves a visit.

Enthusiasts who wish to more about Leonardo da Vinci can go to the Biblioteca Leonardiana (Library of Leonardo da Vinci), where they can find many documents containing information regarding the famed genius. Detailed explanations about his contributions to both art and science can also be found within this library.

Some of the interesting villas to see within the city of Vinci include the Villa Martelli, Villa del Ferrale, Villa Calappiano and the Villa Dianella. The surrounding landscapes hold plenty of opportunities for hikes and nature tours, and if you go to the nearby towns of Faltognano and Vitolini, you will get to see more of the ancient architecture and history that Tuscany is famous for.

Although Vinci holds the most charm for fans of Leonardo da Vinci, people who wish to spend a quiet vacation in the countryside can also benefit from a trip to this city located amid the scenic Tuscan landscape.