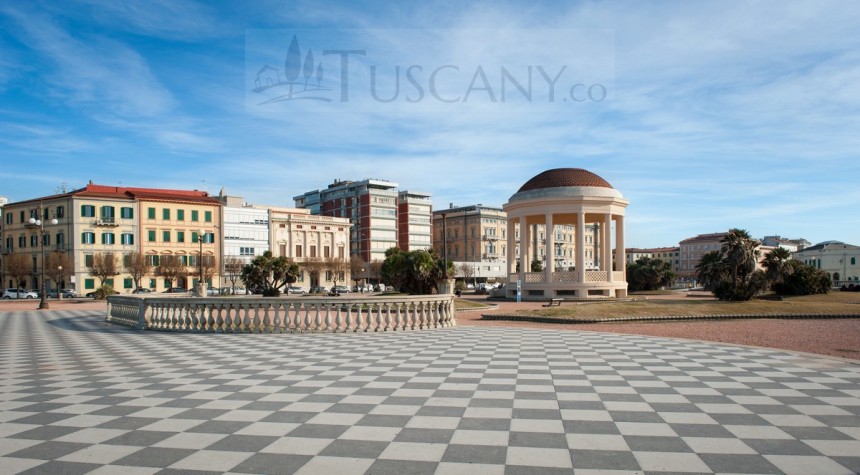 Being Tuscany’s major port and second largest city, Livorno is a major spot for tourists and locals who wish to spend their vacations near the seaside. With plenty of seafood, historic sites and easy accessibility from other cities like Florence or Pisa; a day-trip or even a stay at this busy port city becomes quite worthwhile.

In order to protect Pisa, Livorno was founded in 1017 to act as a fortress against invaders. For years, the original structures remained, but the arrival of the Medici family brought construction changes in the city. Many additional structures from the 16th and 17th century were actually designed by the architect Bernardo Buontalenti, who had been commissioned by the Grand Duke of the Medici family.

The beginning of the 18th century brought further changes as old structures were discarded in favor of newer ones and the Second World War wrecked havoc upon this town due to bombings and many parts of this town were rebuilt and restored after the War.

The only remaining structure of Medieval Livorno is the Fortezza Vecchia (Old Fortress) that was built by Antonio da Sangallo for protection of the Medici port. The pentagonal structure with its red bricked walls and towers is truly a sight to behold and must have been a place of grandeur in its days. The Fortezza Nuova (New Fort) was built with a similar design, farther away from the port, in the 17th century.

The possible sights of interests for tourists can include the Chiesa di Santa Caterina (Church of Saint Catherine), Santuario della Madonna delle Grazie (Shrine of Our Lady of Grace), also known as Santuario di Montenero (Sanctuary of Montenero); and the Old English Cemetery; all of which hold immense religious importance for the locals. 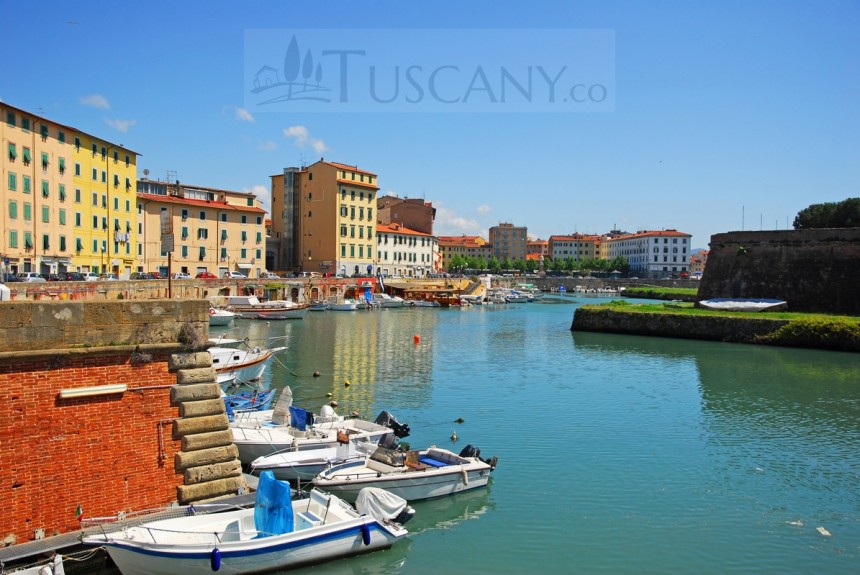 Livorno is also home to the Italian Naval Academy, as well as the Museo Civico Giovanni Fattori (Giovanni Fattori Civic Museum), located in the gorgeous Villa Mimbelli. The museum contains various works of art and paintings made by Livorno’s own native artist, Giovanni Fattori, who was a follower of the only art movement prevalent in Tuscany, the Macchiaioli, within the 17th and 18th century.

This city owes some of its fame to the district known as Venezia Nuova (New Venice). In the 17th century, this entire district was built as a miniature replica of Venice, having an intersecting network of canals, along which building, bars and restaurants have cropped up over the years. In this area, you will also find the old Teatro di San Marco (San Marco’s Theatre), where the Italian Communist Party was founded in 1921. 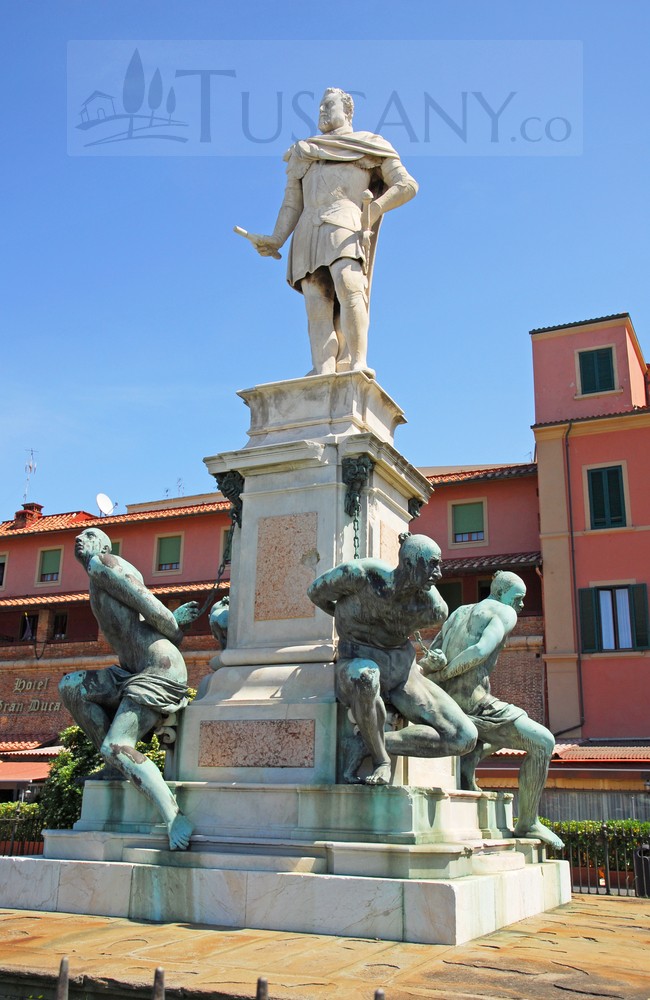 The honor and pride of Livorno is the Monumento dei Quattro Mori (Monument of the Four Moors), dedicated to the Grand Duke of the Medici family, which is located on the street running alongside the harbor. It is a masterpiece created by Pietro Tacca, who was a student of Giambologna’s, and this statue earns its fame due to the four Moorish slaves that have been depicted twisting from their bonds with the Duke Ferdinando I standing above them.

If you wish to see the outstanding architecture of the Neoclassical era, visit the Cisternone and the Cisternino; two large reservoirs built by Poccianti that are now the venue for many cultural events within the city.

Along with all of these sights, Piazza della Repubblica (Republic Square) is also not to be missed. This piazza is the second biggest in Europe and is actually a bridge because of the canal that passes underneath.

On the way to the piazza, you can also see the Chiesa dei Dominicani (Dominican Church), the Piazza Grande (Grand Square), the Duomo di Livorno (Cathedral of livorno) or the Cattedrale di San Francesco (Cathedral of Saint Francis), as well as two palaces; namely Palazzo Comunale and Palazzo della Dogana, which have now become the Town Hall and Headquarters of the Chamber of Commerce, respectively.

Livorno is also home to two spas, San Giovanni’s Spa and Venturina’s Spa, where you can relax and ease away your stress and worries, to truly enjoy your vacation. One major festival that takes place in Livorno is the annual Effetto Venezia (Venice Effect) that takes places in the New Venice district every August.

Sports enthusiasts need not be disappointed. Livorno has something for them as well. The key sports played here include Football, Rugby, Basketball, Athletics, as well as Fencing. However, boating tours are also available near the harbor and within the canals.

Providing many beaches and a seafront boulevard, where shops, cafes, and buildings are an attraction to hundreds of tourists, Livorno is the perfect location for a peaceful and fun-filled coastal holiday.