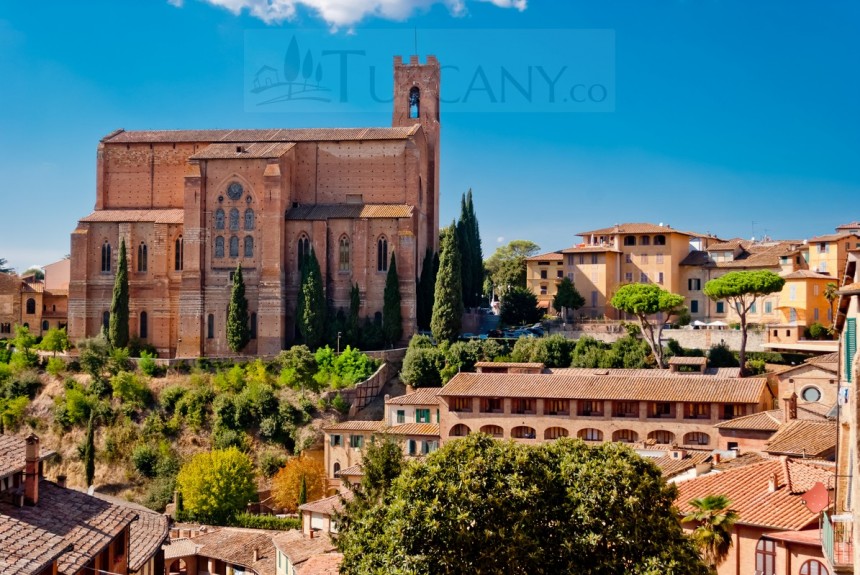 Basilica di San Domenico is one of the churches in Siena, Tuscany, which holds extreme significance for its people. It is often referred to as Basilica Cateriniana.  The church is magnificent in the simplicity of its design and architecture.

Construction on this famous church was started early, in the 13th century. However, in the following era, the church was enlarged, and given a Gothic appearance. At present, the church holds the same Gothic structure, which appeals to people, in all walks of life. The church includes a large edifice, which was built for the Merchant Orders. It is magnificently structured and built, with eye catching bricks and design.

Along the left side of the church is a bell tower, which reduced in height, due to the earthquake of 1798.

The interior part of the church has been designed like many other significant churches in Siena. The plan of the church is designed in the shape of an Egyptian Cross; it consists of a huge nave. Beautiful trusses and transepts cover the nave. Each transept features a high chapel, remarkable in style and structure. 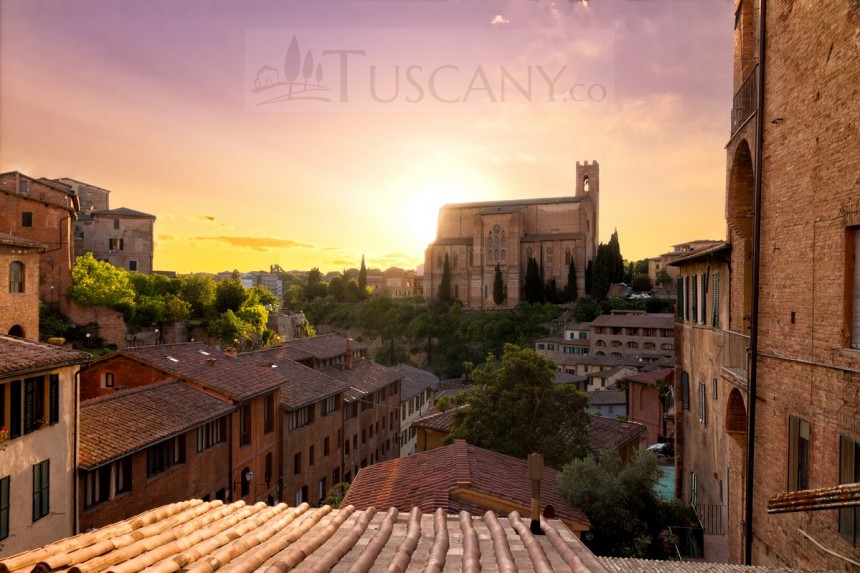 St. Catherine of Siena used to live in a nearby house. Many relics of St. Catherine are included in the church. These must be viewed to get a true sense of that era. The interior of the church has been designed with great precision and it can be seen from its design that much thought was put into it.

Many paintings have been placed inside the church, which include an episode of sanctity, which depicts Catherine of Siena’s life. The handiwork of Mattia Preti, Canonization of St. Catherine is placed in the interior of the church, along with two other remarkable paintings, excellent work of art by Crescenzio Gambarelli. Along the main wall, you will come across the stunning portrait of St. Catherine; you can’t help but appreciate the simplicity with which it has been painted. 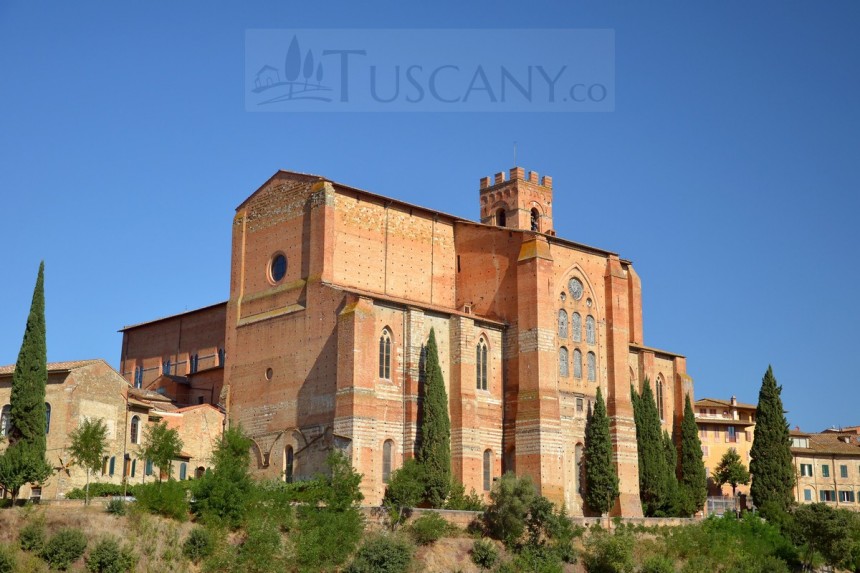 On the left wall, you can see the masterpiece of Francesco di Vannuccio, Madonna and the Child, which is bordered by the Eternal with Saint, and Fifteen Stories of the New Testament, impressive works of ll Sodoma and Antonio Magagna. Featured alongside these masterpieces are, St. Anthony Abbot’s Exorcism by Rutilio Manetti, St. Catherine of Alexandria by Sebastiano Folli, and St. Hyacint Saving a Statute of Madonna by Francesco Vanni.

The right wall of the church is decorated by altars and includes attractive art pieces which include Stefano Volpi’s Appearance of the Virgin, and Alessandro Casolani’s Nativity of the Virgin. The relics of St. Catherine include the disembodied head and thumb, which is placed in the centre of the altar. The marble pavement is reminiscent of the 15th century style of architecture, and consists of an Orpheus and animals, which were worked on by Francesco di Giorgio Martini.

There are many frescoes situated along the right wall. You can’t help but appreciate the delicacy with which they have been designed and sculpted. The frescoes were created by famous artists like Francesco di Giorgio, Matteo di Giovanni, and Bernardino Fungai.

The second altar is a dedication to the German martyrs. The third chapel consist of Madonna with Child and Saint Jerome and John the Baptist, work of genius by Matteo di Giovanni.

The crypt of the church has been designed in pure Gothic manner, and must be visited when you go sightseeing around the church. It consists of a crucifix which was placed here by Sano di Pietro, along with a Crucifixion, which consists of Ventura Salimbeni’s signature.