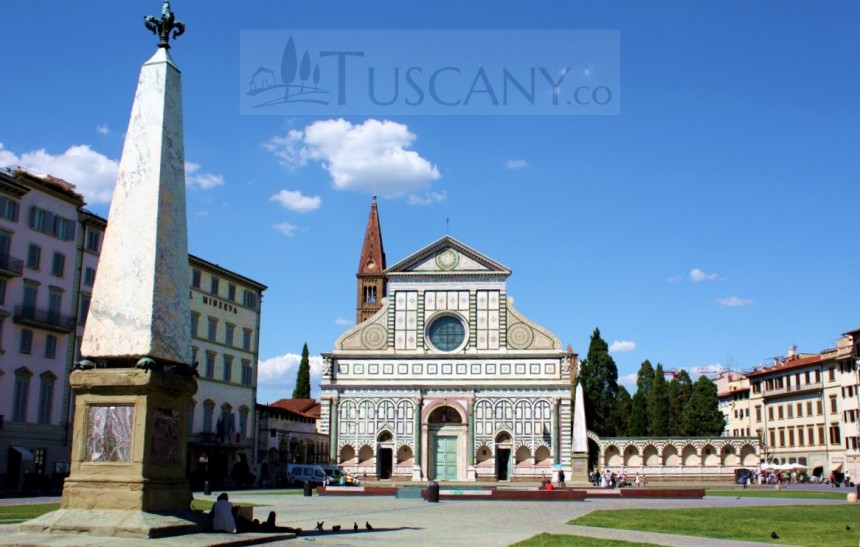 This peaceful piazza is named for its church, Santa Maria Novella, which sits grandly in the eastern corner of the square. Originally designed by two Dominican friars, the church began construction in the early 13th century, but took until the mid 14th century until it was finally completed. Two further revamps in the 16th and 19th centuries have given the church its final look we see today.

Although Piazza Santa Maria Novella now merely consists of several patches of grass and a fountain, it used to be the site of an important event, the Palio dei Cocchi (Chariot Race). This race took place annually during the Middle Ages on June 23rd which was the Feast of St. John, the patron saint of Florence.

The obelisks are interesting in that they sit on top of bronze tortoises but no one knows exactly what the tortoises represent. Maybe, it was a sort of symbol of the Grand Duke Cosimo I de Medici. The sculptor Giambologna who fashioned them in 1608 was not very forthcoming on the subject.

Other important events such as celebrations and jousts were also held throughout the year in the piazza. The boundaries of the piazza were extended on several occasions to hold the overflow of people visiting the church, since it was the city’s first and main Dominican basilica. 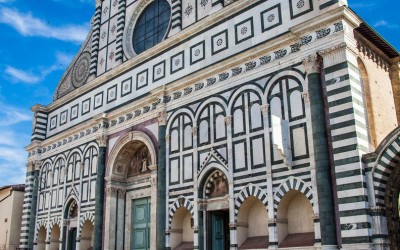 The piazza has a literary history with several notable foreign writers choosing the piazza as their base. Poet Henry Wadsworth Longfellow has a plaque dedicated to his memory on the wall of the Hotel Minerva, and Henry James wrote his book Roderick James in a house on the corner of Via della Scala.

However, the piazza is better known today for its cheap pensiones and hotels than its literary connections since it is located close to the main railway station of the same name.