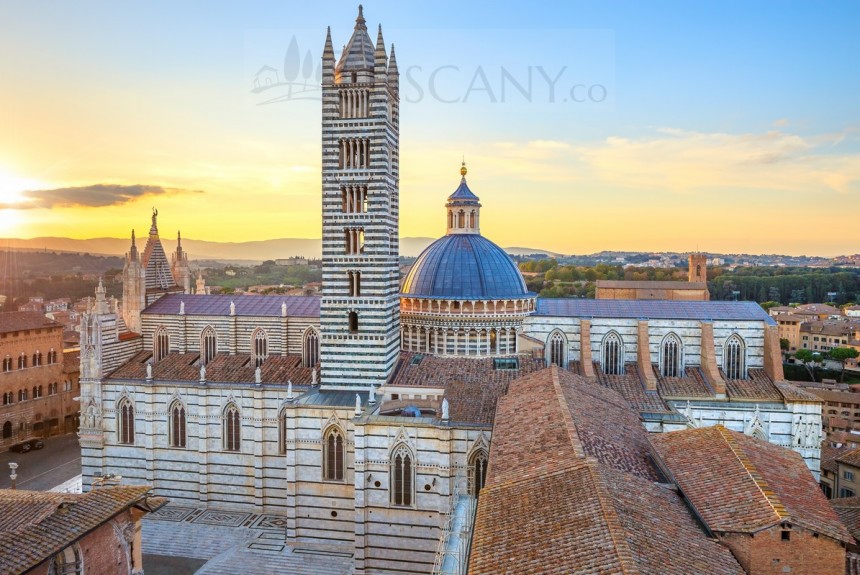 Duomo di Siena (Siena Cathedral) is one of the most beautifully designed churches in all of Siena. It has been designed in Gothic style of the medieval Italian era. From the time it was built, the church has been dedicated to the Roman Catholic Marian church and currently to Santa Maria Assunta (Lady of Assumption).

It was constructed between the early and mid 13th century. A Latin cross, Dome and Bell Tower, are some of the significant features within the church. It consists of a transept which is projected, slightly outward, and is unique in its style of design. A hexagonal base supports the columns upon which the dome is situated and supported by these pillars. On top of the dome is a lantern, which was an addition, made by the famous artist Gian Lorenzo Bernini.

Semicircular arches separate the central part of the church from the aisles present on either side of it. The whole church has been intelligently constructed by using white and greenish black marbles which make up the Gothic look of the whole place. Red marble has been added to the front wall of the church to make it stand out among the rest.

One of the most attractive features of the church is its façade. The most impressive façade is that situated on the west side of the church, which serves as the main entrance to it. It is stunning in its design, which is a combination of French, Romanesque and classical Gothic architecture. 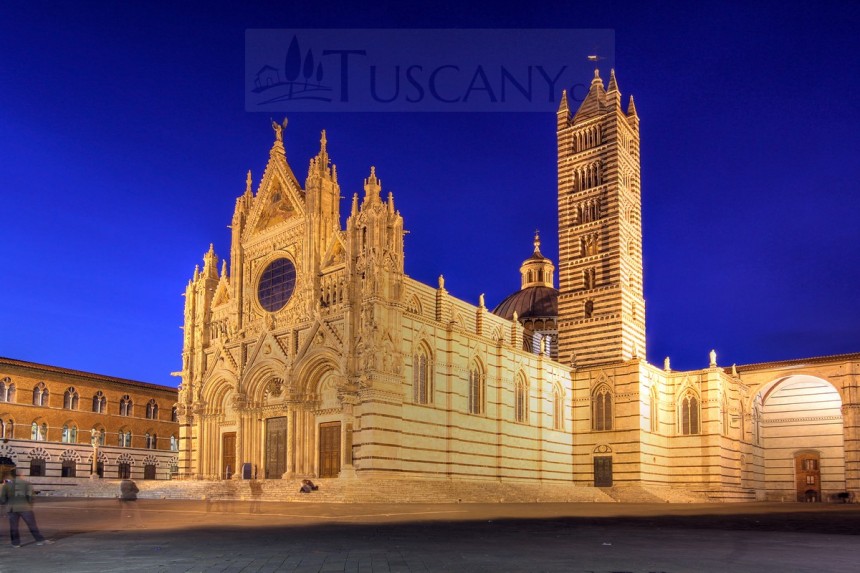 The three portals can be seen from afar and are situated right at the top of the faced, with the central one presenting a magnificent sun, made out of pure bronze.

Giovanni Pisano built this gorgeous façade by using polychrome marble. This is the proof of the Sienanise workmanship which made this church a work of beauty. The inside of the church is designed by using the colors of the civic coat of arms; black and white. The choir window is made of stained glass and is a remnant of the Italian stained glass windows.

The gilded Lantern, made by Bernini, is placed at the top of the dome. Stand in the centre of the church and look up to the blazing golden sun, which is the lantern. Within the church, you will find various images and paintings depicting the 42 patriarchs, along with statues which will take you back in the medieval times.

The altar is built at a significant height, with angels on either side of it. These angels are considered masterpieces of the famous sculptor Francesco di Giorgio Martini.

The pulpit presents a great opportunity to experience the northern Gothic style. It holds significance because of the message it conveys to all who view it. Based on The Last Judgment and the doctrine of salvation, it is one of the earliest works which were kept in this cathedral.

Mosaic floors, intricate paintings, picturesque architecture, and a history rich with culture and religion, Duomo di Siena is one of the best places to visit in Siena. The magnificent aura felt around it makes the church one of the “Must see” places in all of Tuscany. So what are you waiting for? Pack your bags and embark on this exciting adventure.