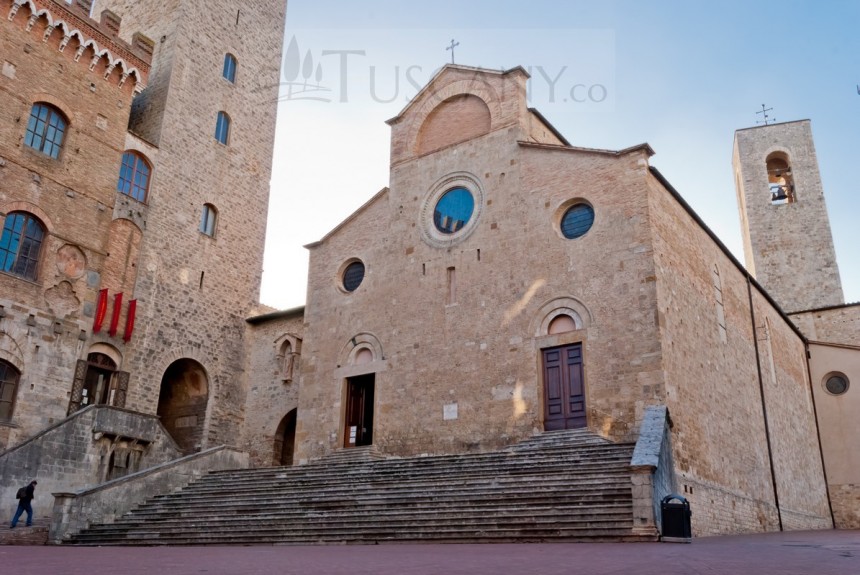 The Duomo di San Gimignano (Cathedral of San Gimignano) is located in San Gimignano, in Tuscany, Italy. It is also known as Collegiata di Santa Maria Assunta (Collegiate Church of the Assumption of Mary). It is a Roman Catholic Collegiate Church and is famous for its murals and paintings, which include works of famous artists such as Taddeo di Bartolo, Domenico Ghirlandaio and Lippo Memmi.

This cathedral is a part of the ‘Historic Centre of San Gimignano’, which is considered to be a UNESCO World Heritage Site. It is located in the Piazza del Duomo (Cathedral Square), named after the church itself.

The church was originally constructed in the 10th century and renovated in the 12th century. It earned its status as a Collegiate Church in the late 15th century. Over the years, additions were made to the paintings, murals and frescoes decorating the church. The western side of the structure was also expanded and the Chapel of Conception and the Chapel of St. Fina were incorporated there.

During World War II, this church was badly damaged and restoration took place in the year 1951. The church contains relics of the patron saint after which the city is named, i.e. Saint Geminianus. The saint’s feast day is celebrated on the 31st of January every year.

The Cathedral of San Gimignano is built according to the architectural styles of the 12th and 13th centuries. Most of the style is hence, Romanesque, expect for the two chapels which were constructed later and boast a Renaissance style of construction.

The eastern front is plain and is reached from the square through a wide staircase. There is no door leading to the central area of the church, but instead, a door on each side of the stairway leads into each of the aisles.

From within, the church is in the shape of a Latin cross, with a central nave and aisles on either side of it. Arches and small windows decorate the interior of the church, and are truly worth seeing. 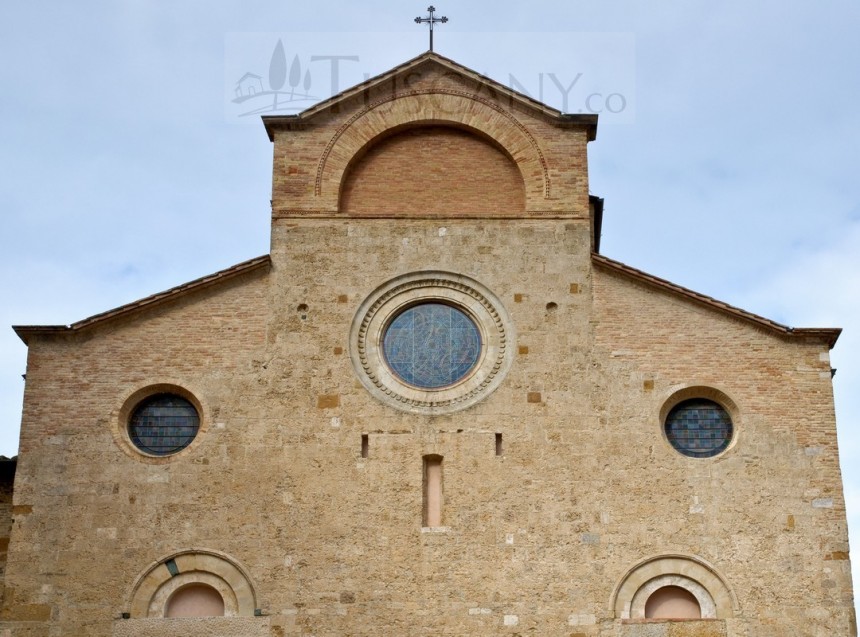 The naves are a blend of black and white marble, giving the space a play of color. Decorations in gold, red and white can also be seen in the arches that line the interiors of the cathedral.

A large number of Sienese painters have decorated this church with their art work and their frescoes are the cause of fame of this structure. The frescoes depict various scenes from the Old Testament as well as the New Testament. The Old Testament frescoes are mainly the work of Bartolo di Fredi, whereas the artist of the scenes from the New Testament is under constant debate. The most famous fresco is painted on the inner walls of the nave. It is known as ‘The Last Judgment’ and was completed by Taddeo di Bartolo in 1493.

The Chapel of Santa Fina, named after a young girl called Serafina; and the Chapel of the Conception; are worth seeing as they contain several frescoes and paintings. Other works within the chapel include the fresco of the ‘Martyrdom of St Sebastian‘ that was painted by Benozzo Gozzoli in the year 1465, and ‘The Annunciation’, which is the work of Sebastiano Mainardi, created in 1482.

If you are visiting the quaint little town of San Gimignano and appreciate the art and culture of the past, then a visit to the Duomo di San Gimignano is a must!