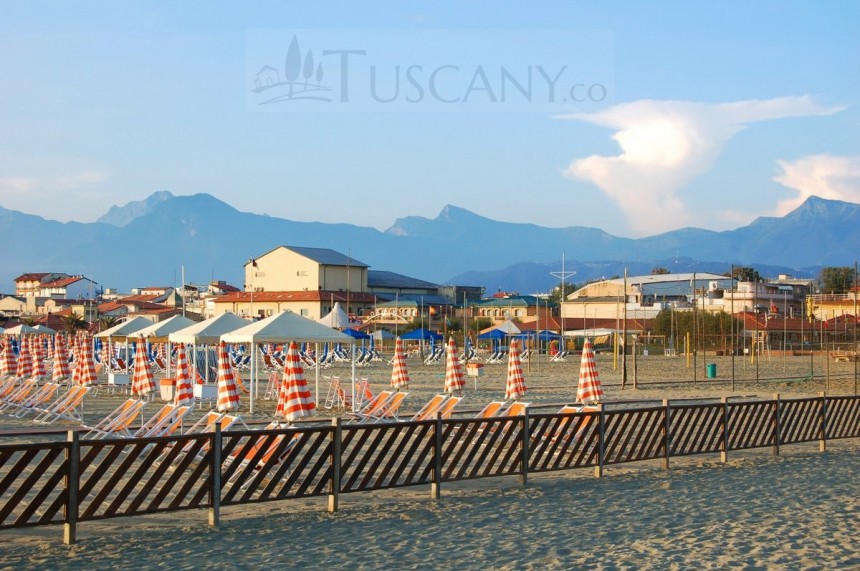 This quaint little beach resort town is located near the coast of the Tyrrhenian Sea and is the second largest city in the province of Lucca, in Tuscany, Italy. This area became popular for its long stretch of beach, back in the 19th century and since then, the fame and popularity of the town has increased more and more.

Back then, this city was the only way of connecting Lucca to the sea and was hence, used as a seaport. The oldest structure in Viareggio is a military-built tower known as Torre Matilde. It was built to defend the entire district of Lucca in the 16th century.

Differing views can be found regarding the history of the name of this city. Some records show the name as deriving from the Latin word Via Regis (Kings’ Road), which is in reference to the road that connected Lucca to the beach, where the Torre Matilde stood in defense.

Other views from historians tell us that the name derives from Vicus Regius,’ vicus’ meaning a small inhabited area, and ‘regius’ meaning royal, i.e. a populated area which belonged to the empire.

Viareggio became an independent city in 1820 and the major industries that have flourished within this town include fishery, flower farming and ship building. Accordingly, the area is full of greenery and has beautiful blooms, as well as many shipyards.

The town’s current status of a beach resort developed since the 19th century, when the first two resorts were opened, along with a church and a casino, by the government of that time.

With the arrival of the 20th century, the beaches saw drastic changes and developments and the Passeggiata or promenade was also born during this time. Shops and cafes opened up alongside it, converting this city into the “Pearl of the Tyrrhenian Sea”. 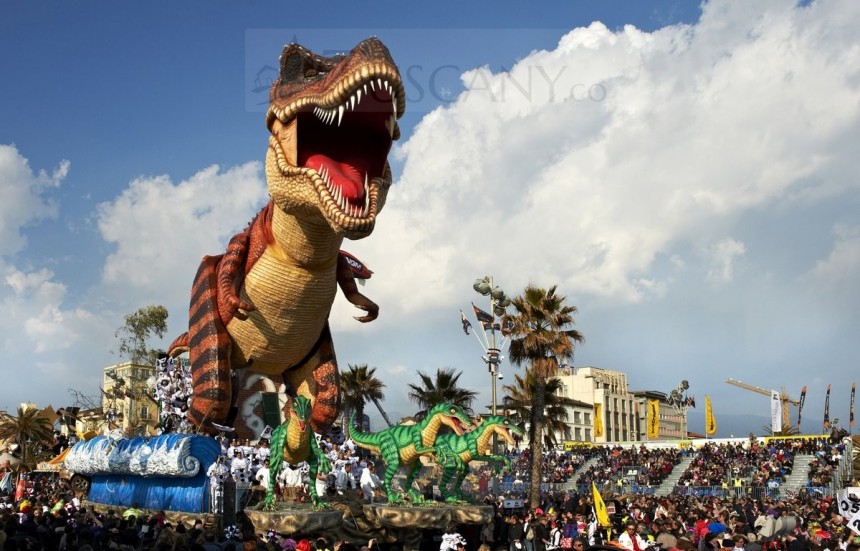 The oldest buildings and hotels within Viareggio still contain elements of architectural style that refer to the Art Deco and Art Nouveau style.

The event that makes Viareggio extremely well-known is its Carnevale (Carnival) held each year since the late 1800s. In this carnival, a parade passes through a boardwalk known as Passeggiata a Mare (The Sea Promenade) and its significant feature, are the giant papier-mâché floats, created specifically for this event.

In the weeks preceding Easter, a variety of events and fairs are held throughout the city including this parade and other activities. The symbol and official mask of the parade is Burlamacco, a clown figure dressed in red and white, designed by Uberto Bonetti in 1930.

The Premio letterario Viareggio Repaci for literature (Viareggio Literary Prize) is a prestigious award for Italian literature that was established in the early 1900s and named after the city of Viareggio. The idea for the award was actually brought forward by three friends named Alberto Colantuoni, Carlo Salsa, and Leonida Repaci, who wished for it to rival a similar kind of award given in Milan.

Another event worth mentioning is the Festival Gaber, held in August every year in memory of the musician and composer, Giorgio Gaber. This event is attended by many music enthusiasts, and a lot of famous Italian musicians grace the event with their presence as well.

The sandy beaches of Viareggio are mostly owned by private resorts and the publicly-owned area is the property of the Parco Naturale Regionale (Regional National Park).

Along with its beaches, Viareggio also has amazing nightlife and shopping opportunities for its visitors, but the main reason for its fame, are the luxurious beach resorts and the annual carnival event. This is why the city is also known as Città del Carnevale or Carnival Town and it is the perfect location for a calming beach holiday amid rolling hills and picturesque farmhouses.