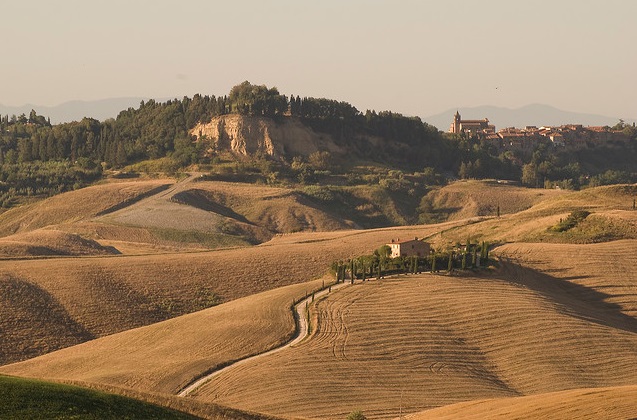 Between the valleys of Era and Cascina, and the Sterza stream, there lies a small village named Terricciola, in the Province of Pisa within the Italian region of Tuscany. This village is the ideal holiday destination, not only because of its calm and serenity, but also because of its location, as it has Florence on one side and Pisa on the other. Travelers have easy access to both the cities as well as nearby parishes, such as, Morrona, Soiana, La Rosa, Selvatelle, La Chientina and Soianella.

There are numerous theories about the name Terricciola. Some say that it comes from the Latin word ‘terra’ (earth), while others believe that name comes from the Latin word ‘turris’, meaning tower, which may be a reference to the defense towers that had been built within the village in the past. A lot of battles were fought for the control of this town but it is now under the ruling of Pisa.

Terricciola, being a quaint little village, spread over the hillside, is most famous for its culture, agricultural produce, like strawberries, grapes and wine and for the ancient structures built within it. This historic town provides visitors with many pieces of art and architecture to visit. 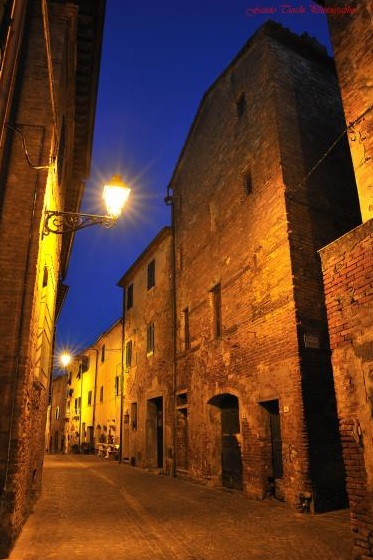 The Santuario della Madonna di Monterosso (Sanctuary of Our Lady of Monterosso), Chiesa di San Donato (Church of St. Donatus), Chiesa di San Bartolomeo (Church of St. Bartholomew) of Morrona and Casanova, Badia Camaldolese di Morrona (Camaldolese Abbey of Morrona), Antic Church Pieve (Ancient Parish Church) in Pitti are just some of the sites you can visit that hold a religious significance for the people of the area.

Two famous villas; Villa Gherardi del Testa (Gherardi del Testa’s Villa) and Villa Cempini Meazzuoli (Cempini Meazzuoli Villa) are also present within Terricciola. Gherrardi used to be a famous playwright and was born in his home in this village, whereas, Cempini was a successful Italian politician. You can actually visit these homes and see them from the inside! The outer structure is also beautifully decorated with frescoes and wooden carvings, as was the style of the olden days.

Terricciola is known as the ‘City of Wine’ because its rich and fertile soil is best for cultivating grapes. The Festa dell’Uva e del Vino (Grape and Wine festival), celebrates the pride of this village each year in the month of September. In this event, you can taste some of the best wine of the region and tourists flock from all over the globe to enjoy this special occasion. Aside from this event, many other events are also held throughout the year in Terriciola and its parishes.

In March, the Spring Fair in La Rosa, in May, Festa dell’allegria (Feast of Joy) in Morrona and Strawberry Festival in Terricciola, in July, Notte Bianca (White Wine Night) and in August, Calici di Stelle (Chalices of Stars) within Terricciola. Some of the parishes also host country fairs in the month of August. As mentioned above, in September, the Grape and Wine festival is held, whereas in October, the Feast of the Hare is held in Selvatelle.

With so many events to attend and a lot of places to see, there is hardly a dull moment even in this small village. The panoramic view accompanied by the entertainment and hospitality that the locals provide to their visitors makes Terricciola the ultimate destination for your vacation.