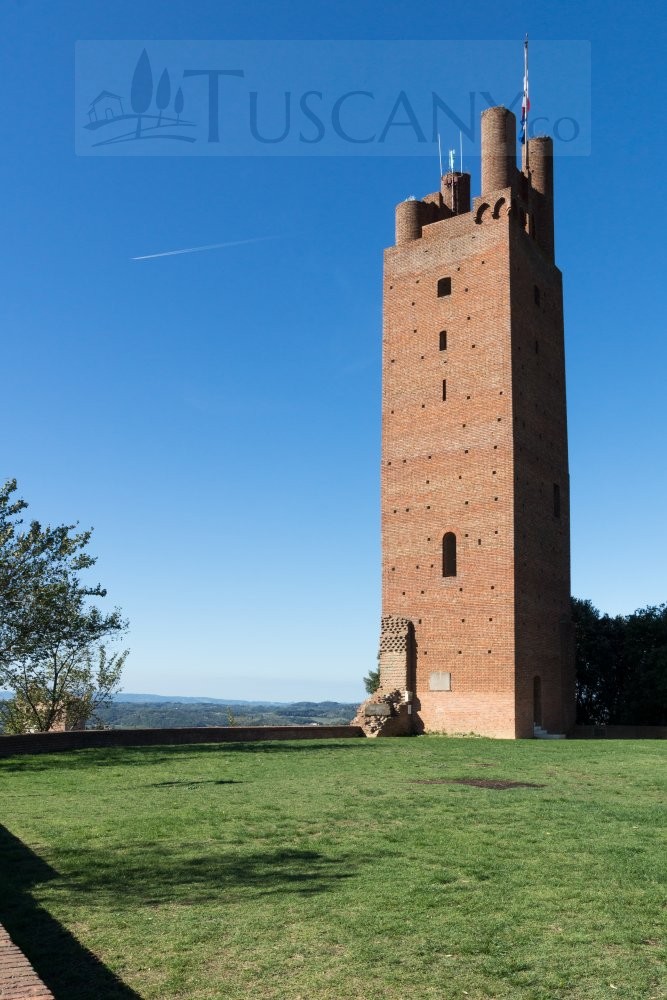 On top of the hills between Florence and Pisa, in the region of Tuscany, Italy, lies a small town named San Miniato. From its high vantage point, it presides over the lower Arno valley, nestled between the valleys of Egola and Elsa. This town has been around since medieval times and is rich in history. Its cobblestone streets and ancient architecture speaks volumes about its past.

Today, tourists come to San Miniato because of its Tuscan culture and produce. Some of the best wines of the region are available here and people come from far and wide during November to enjoy themselves at the annual White Truffle Fair where you can taste this exquisite delicacy along with other regional produce.

Used as a major route to Northern Europe with its easy access to Florence, Pisa and other Italian cities, this town has been the path on which many invaders, armies, travelers and traders have passed, each leaving his own mark upon this settlement. Surrounded by defensive walls built in the 12th century, this town hosts a number of historic landmarks.

The Torre di Federico II (Tower of Frederick II) in San Miniato, is located on a hill at an altitude of 192 meters, from where it dominates the whole countryside. Built by Frederick II during his reign, this tower was destroyed in World War II by the Germans. Later, it was reconstructed. Today, this tower is a historical remembrance of the ill-fated Pier della Vigna, chancellor and steward of Frederick II, who was imprisoned within this tower until his death.

Set in Piazza del Duomo, the Duomo or the Cathedral, is a Latin cross church that has been restored over the years. A distinctive feature of this cathedral is its facade decorated with colorful majolica bowls. This cathedral also consists of Matilde Tower, which is its clock tower.

Within the Piazza del Popolo, stands the Chiesa di San Domenico (Church of San Domenico). This church was built in the 14th century but has an incomplete facade. Playing host to many paintings and murals from its time, this is an ancient piece of history. The works of artists like, Luca della Robbia, Masolino da Panicale and Donatello are displayed here.

The Convento di San Francesco (Convent of San Francesco), founded by Saint Francis of Assisi in 1211, is located behind San Miniato, higher up on the hill. Its interior features Roman and Gothic architecture from the 14th and 15th century.

Aside from these historical structures, San Miniato has been visited by many emperors and rulers, and they have also left their mark on the architectural history of this town. As a result, San Miniato contains many palaces such as Palazzo dei Vicari (Currently a hotel), Palazzo Comunale (The Town Hall), and many more.

With rolling green hills, fresh Italian produce and lots of cultural history and architecture to be seen, San Miniato remains a lure for tourists from all over the globe.