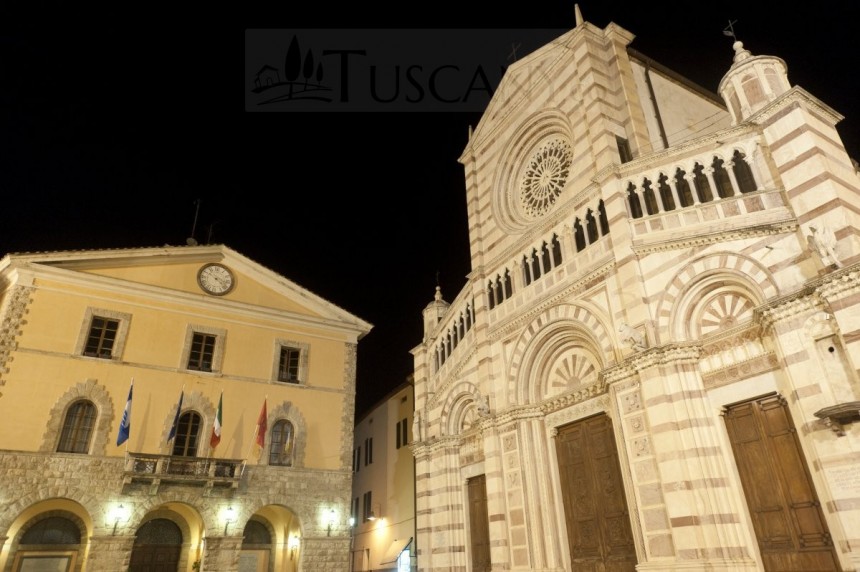 The town of Grosseto is situated in the Maremma region of southern Tuscany. It is the Maremma’s capital with a population of around 80,000 people and lies on a plain next to the Ombrone river.

For many years the Maremma used to be one of the poorest and unhealthiest parts of Italy as it was covered in swamps that bred diseases such as malaria and cholera. However, the town of Grosseto with its Etruscan, and later Roman, heritage started developing in the 16th century when Florence’s Medici ruler Cosimo I undertook construction of fortified walls, buildings and canals. He decided this was necessary as Grosseto had large stores of grain and salt that needed protecting.

In the mid 18th century the Grand Dukes of Lorraine, in particular Leopold II, drained the swamps and turned the countryside into fertile land. His engineering works were so extensive and so welcome at the time, that a monument was dedicated to him by the town’s inhabitants, and it can be seen in the main square.

Today physical evidence of the Renaissance rulers can be seen in Grosseto’s lovely old town with the hexagonal walls they built and the large Medici fortress which has fascinating tunnels and gatehouses. Other buildings of interest include the San Francesco Romanesque-Gothic church which has a large collection of artworks and the Archaeological Museum which houses finds from sites around the area. One of these is Roselle site which offers a rare example of Etruscan and Roman remains including houses and an amphitheatre.

Grosseto is a must-visit not only for the history, art and food of but also because it can be used as a base to explore the unspoilt surrounding countryside of the Maremma with its sea-pine forest, nature park and hills.