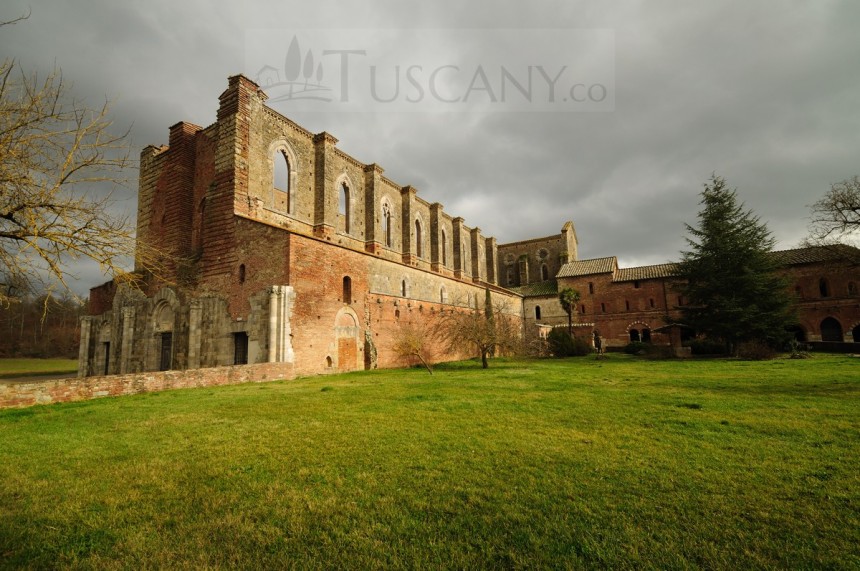 San Galgano Abbey (Abbazia di San Galgano) is situated 30 km from Siena and can be easily reached by car. It was built in the early 13th century and is a Cistercian abbey which lies in the municipality of Chiusdino. The place is rich in history and is reminiscent of the medieval times during which it was built.

It used to be a settlement, known as Circle of Montesiepi. It was a Romanesque church which was a jewel in its time, but now lies in ruins. With its architecture and design, it can easily be deduced that it used to be magnificent during its Gothic times, but now the place has nearly been destroyed. The place is shrouded in mystery and is one of the greatest places to visit when travelling around Tuscany.

Abbazia di San Galgano used to be inhabited by monks who used to administer justice in Val d’Elsa. It was built in the same hill and over the cabin where San Galgano, himself resided. The abbey has been named after this saint. Originally the Montesiepi Rotunda was the tomb of the saint, upon which his sword was placed, but later on further construction commenced during the year 1364. Donnus Johannes designed the place, which was converted into a true monastery by Hildebrand Pannocchieschi.

The abbey started to deteriorate when it was raided during the 14th century by Sir John Hawkwood, who looted all the valuables present within this holy place. After this the financial situation of the monks worsened and they could not restore the abbey to its former glory. In the 18th century, the ceilings caved in, and the bell tower was completely destroyed in the process. 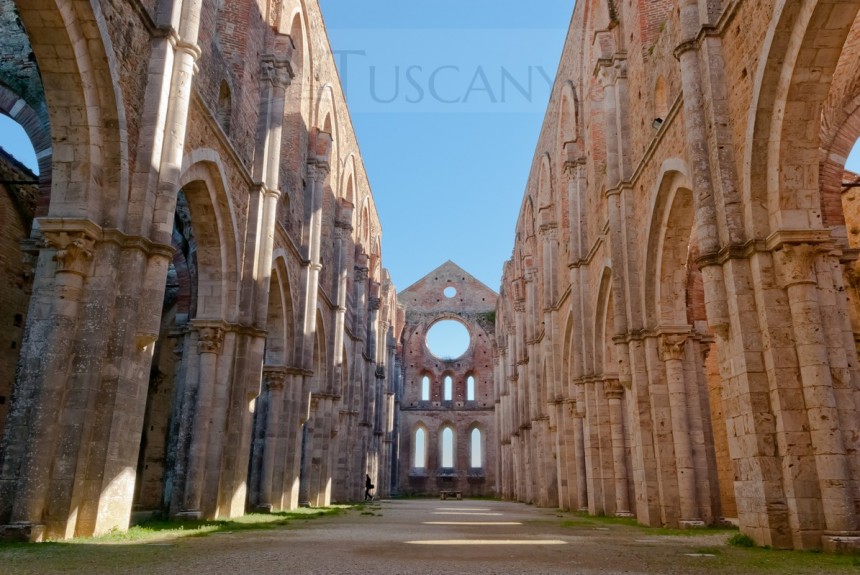 Currently the abbey has no roof and presents a clear view of the sky above, but its walls have stood for centuries. The main portal is decorated with carvings all over it. The most significant features of the building can be seen through the side panels. You can see the large windows along the outer walls which are a reminder of how grand the rest of it must have looked before its destruction.

The abbey was constructed with accuracy, proof of which lies in the transept, buttress, spiral staircase and cemetery. In the interior of the church, you can find a Latin cross. The cloister and chapter hall offer an experience which can only be gleaned by visiting this spectacular place.

The monasteries, cloisters and churches at this place are a thing of beauty and serenity. The sword of Galgano is framed in stone and can be viewed by visiting Montesiepi Rotunda. The place has now become a famous tourist attraction, with people from all around the world coming and visiting it. Abbazia di San Galgano still has a lot to tell about the history surrounding it.

The splendor which this place once held is no longer as great as it used to be, yet there is still a powerful attraction which pulls you towards this abbey. Although in ruins, this abbey is the perfect place to visit and get a feel of those medieval times. So make sure to visit it when touring around Tuscany.