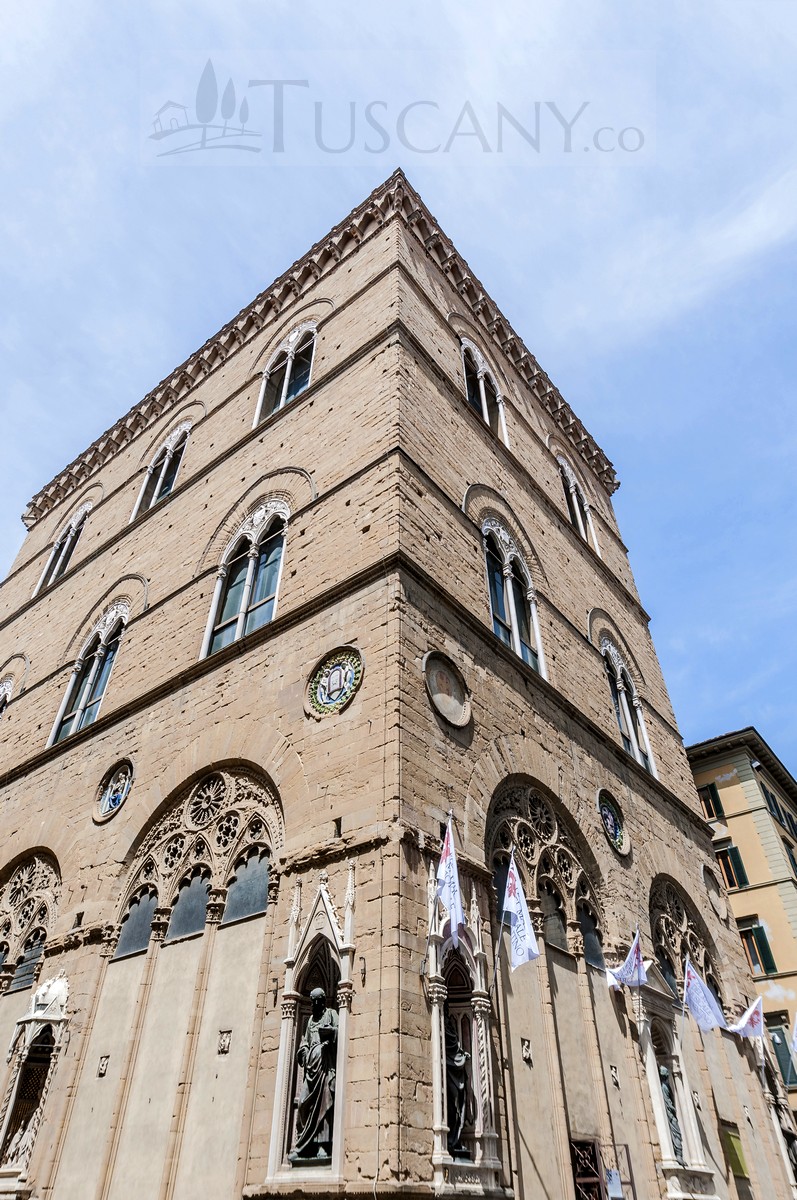 The church was constructed by the famous architect Arnolfo di Cambio. The structure of this building is magnificent and great care has been taken while designing the place. The church is situated in Via Calzaiuoli in the city of Florence, and is one of the highlights of this city. Initially this building was constructed to serve as a market place for different types of grains, but later on it was converted to a church, which went on to become one of the most famous churches in all of Florence.

Construction in the early days of the church was overseen by three architects, namely, Francesco Talenti, Neri di Fioravante, and Benci di Cione.  The building was converted to a church between the years 1380 – 1404. It was initially used as a chapel by the most influential and wealthy guilds of that time.

When you enter the building you will be mesmerized by the beauty it holds. It is reminiscent of its glorious times and takes you back in the medieval era, with its design and style of architecture. The building is structured in the shape of a square. Once you enter the ground floor, you will see the most magnificent arches, built in 13th century style of architecture. These arches used to form the gateway to the market and served as the grain market’s loggia.

The second floor of the church used to consists of different offices of notable people. When you enter the third floor, you will find traces of it being a storehouse. This is mainly due to the fact that the third floor was used to store grains for rainy days, by the municipality of that time.

As the 14th century approached, a new wave of architecture began and with it came a commission, which was given to the different guilds in charge of the church. The guilds were given the task of sculpting statues of their respective Saints, which would be placed along the various facades of the church. The stunning works of art, i.e. the original structures have been removed from the church and placed in a church, so as to preserve them. Copies of these sculptures have been placed at the exact positions where the original sculptures used to be.  Theses sculptures can be viewed in the museum on the first floor of the church, where they are kept.

The bejeweled Gothic Tabernacle, which has been designed beautifully by Andrea Orcagna, can be seen within the church. It has been encased by the painting of Madonna and the Child, a famous piece of art by Bernardo Daddi.

The facades consisted of 14 niches, which were designed strategically. Each niche was later on filled with sculptures, some of which were sculpted and then marked with the highest quality bronze available during that time. Some of the sculptures which are present there are Virgin and Child, Quattro Santi Coronati (The Four Crowned Martyrs), St. Mark, St, Phillip, Christ and St. Thomas, St. Eligius, St. John the Baptist, and many more. These are some of the most brilliant works by Brunelleschi, Nanni di Banco, Donatello, Giambologna, Andrea Del Verrocchio, Nicolo di Piero Lamberti, and Lorenzo Ghiberti.

You must not miss out on this magnificent place known as Chiesa di Orsanmichele, while travelling around Florence.